We use cookies to make your experience better. To comply with the new e-Privacy directive, we need to ask for your consent to set the cookies. Learn more.

FREE UK DELIVERY ON ALL ORDERS OVER £50

G W Thomson was Established in 1922 by Thomas M Thomson and his wife in English street Dumfries under the name T M Thomson. After building a successful business he decided to take the big step in 1938 and move to 136 High street Dumfries. 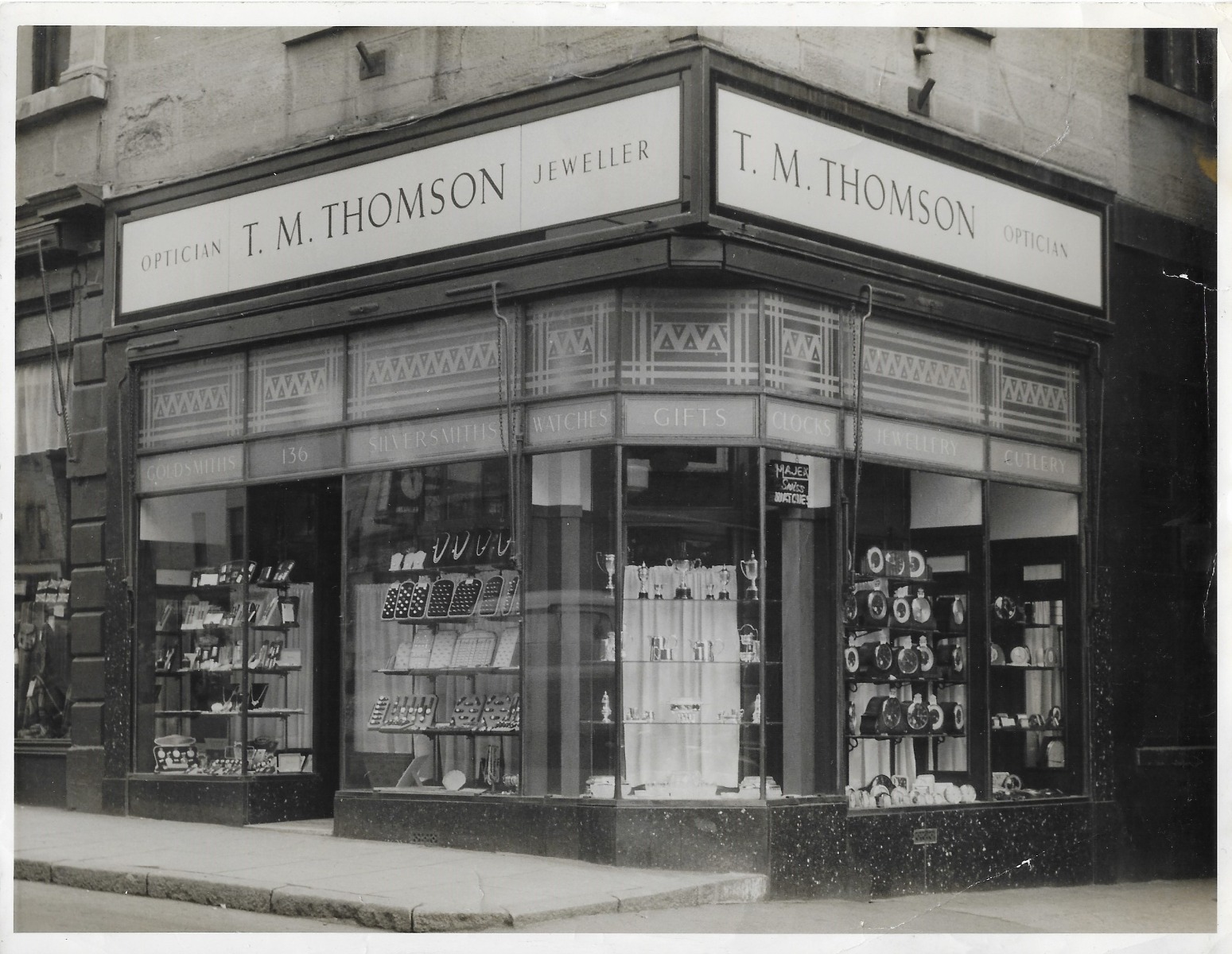 After the war they were joined by their eldest son Gordon who was a watch and clockmaker. Over the years the business continued to grow and more staff and apprentice watchmakers were trained.

In 1968 after 46 successful years Thomas decided to retire and the business was taken over by Gordon and his wife. New larger premises were purchased at 43 Bank Street Dumfries. The name was then changed to G W Thomson and over the following years Gordons daughter and son joined the business.

Since 1990 the business has been run by the third generation of the family who again have built on the solid foundations set by their father and grandfather.

In 2013 after out growing 43 Bank Street the decision was made to purchase the empty property at 45 Bank Street. After extensive structural work was carried out both 43 and 45 were renovated in a traditional but modern way expanding the floor space in a seamless way. On the third floor a modern jewellery and watch workshop was developed. This meant repairs, design and manufacturing could be carried out on premises. 2015 saw the first www.gwthomson.co.uk website which was built by a leading web design company and became an instant success due to the variety of our products, many of which are hard to find anywhere else.

In 2019 it was decided that technology had moved on so much that it was time to again produce a new website to keep us at the top of the online market.

The Thomson family, staff and many loyal customers are now looking forward to 2022 to celebrate our centenary year.
Thank you to everyone that has supported us to reach this historic milestone.

Sign up to the G W Thomson Newsletter and receive exclusive news and offers direct to your inbox.